Oil City Roller Derby League is the first flat track derby league to be founded in Canada in 2005. Originally called Oil City Derby Girls, the legacy lives on as their ladies travel team has kept the original name for themselves.

The league re-branded in 2015 to reflect the evolving membership and to be inclusive to all genders. OCRD is the only co-ed league in the Edmonton area, and while they do feature women-only and men-only teams in addition to three co-ed teams, their practices are mixed gender and open to all. OCRD prides itself on their inclusiveness and they strive to make all members feel empowered, respected and supported. They are the only league in the Edmonton area to offer all varieties of roller derby including low contact, house teams and competitive travel teams. 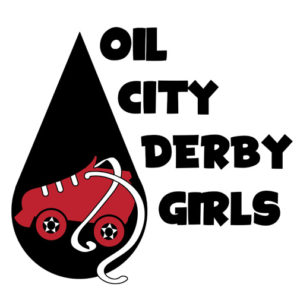